The 8 Best Skate Parks in Tennessee! 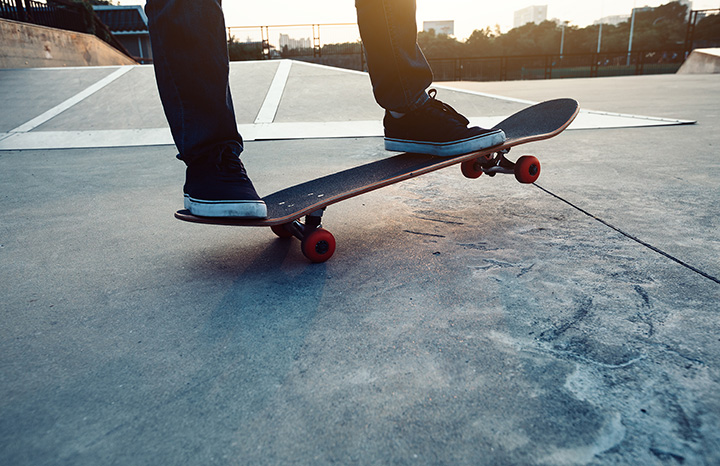 Ramps. Stairs. Rails. Bowls. For a skater or someone interested in learning how to skateboard, these elements are not always easy to find—even in major urban areas. While skateboarding seems to have gained in popularity over the last two decades, options for skateboarders can be scarce. Fortunately, there are new organizations sprouting up, pushing for more skateboarding opportunities—especially new skate parks. Here are 8 skate parks that are currently available for skateboarders across Tennessee.

Memphis Skate Park has its share of history. It is in Tobey Park, which is Memphis’ first neighborhood skate park. It was also designed by the same firm that designed the first skate park in California all the way back in 1964. There are a host of different elements in the park: Two big bowls, ramps, rails, stairs, a snake run, and a special addition to Memphis: The Memphis Wave (a curved lowercase ‘l’ that turns a full 180 degrees). The park is located near Flicker Street, near the Children’s Museum and the Mid-South Coliseum.

The Houston Levee Park is a 37-acre park located south of Houston High School in Germantown, Tennessee. The park is comprehensive, including tennis courts and three softball/baseball fields, and with that comes a 13,000-square-foot skate park. There are rails and stairs and ramps, with plenty of steep angles to build momentum and even small obstacles to jump over. It’s child-friendly, with some young children strapping up to learn the sport.

Two Rivers Skate Park is a 22,000 square-foot skate park in Nashville, Tennessee. Constructed in 2004, the park contains three areas of different difficulties. There is a small area with basic street obstacles, the mid-sized flow bowl, and a deep bowl with pool. As a Metro park founded with city dollars, each section has a name befitting a park in Nashville. The street section with obstacles is Angle Inn, a reference to the Angle Inn attraction at Opryland. The mid-sized flow bowl has the name of a roller coaster in that same theme park—the Wabash Cannonball. And the deep bowl with pool is known as the General Jackson, after the General Jackson Riverboat.

The Knoxville Skatepark came about from a public-private partnership between the City of Knoxville, the City’s Parks and Recreation Department, and hundreds of skateboarders and enthusiasts who helped raise money and contributed design input for the park. Opening in 2008, it contains both a flow bowl and a banked bowl, with a peanut pool and a plaza area that contains stairs, ledges, and rails. The peanut pool has a six-foot shallow end, a 10.5-foot deep end, and 9.5-foot transitions.

The Fountain City Skate Park is in a neighborhood in North Knoxville. The local government started moving towards construction in 2008, for a skate park that would act as a satellite to the larger Knoxville Skatepark. The Fountain City Skate Park is small compared to others on this list, with just stairs, ramps, and rails. It was meant to have a 7,200 square-foot paved surface, which allows for those on BMX bikes and inline skaters to enjoy the park as well.

Mills Park is in Gatlinburg, Tennessee, and contains numerous sporting options, including a nine-hole disc golf course, a 400-meter track, and a basketball court. The skate park is set around a regulation tennis court and contains a few ramps varying in size, as well as rails and stairs. All of this is set in relief to the view of the Appalachian Mountains. Gatlinburg is a tourist destination and its parks add an accessible element for families and children.

The Chattown Skate Park is in Chattanooga, Tennessee, and is a lighted outdoor park for skateboarders, bikers, and inline skaters. Chattown is the only skate park on this list that costs money. While there is a membership fee of $50 for the year (you’d pay $2 for every visit in addition), the cost for a non-member is $8 per session. There are numerous rails and boxes, with ramps of numerous shapes and sizes. In addition, there are bleachers and an on-site sound system. The city has made an attempt over the past two years to refurbish the location due to the wear and tear on the property since construction 16 years ago.

Located in the downtown Nashville neighborhood called SoBro, the Sixth Avenue Skate Park is a private skate park that features camps, programs, and an indoor and outdoor skate park. The parks feature rails, stairs, bowls, obstacles, and a half-pipe. Membership is $50 per month. For non-members, a three-hour session costs $8. A parent must sign a waiver for any child under 18 to skate. Helmets are mandatory, while other pieces of protective equipment are recommended.

View more Tennessee Skateparks.
Select a Tennessee town to find
the Best Things-To-Do and Places To Go around you